A few years back, I was at my dear friend and mentor, Joanie’s house, having a wonderful dinner with her, her husband Roger, and my friend and mentor Charley. Over dinner, I was telling stories about my experiences of my recent global travels of working in the events industry. Joanie, who is a successful author amongst her many accomplishments, has always encouraged me to ‘write a book’ about my experiences. I have always relented with the excuse of “I’m too busy now. I’ll get around to it.”. Well, as the COVID pandemic has decimated the events industry that I love I’ve had a bit more time to reflect on “How did I get here?!” So, I figured, now was a time to put my thoughts down and give it a go.  It’s not a book, but a book of memories that I have experienced while traveling this great world of ours with a hope that I can educate and inspire those that are currently going through some tough times, event professionals still making things happen and for those coming up through the ranks. With this said, here is my first installment of “Things I’ve Learned With Derrick Salisbury”.

HARVARD ON THE HILL

That was the name given by high school students in Central New York for Onondaga Community College (OCC) located on a large hilltop near my hometown of Camillus. It was a two-year college that provided Associate degrees in a variety of majors. You never really aspired to attend this college because matriculating at a four-year institution is what you studied for in high school (just a mindset, not fact, because OCC is a good school that many family and friends attended). Now mind you, in high school, I was an average student at best.  But, by good graces, I studied enough to get accepted at my now alma mater, State University of New York, College at Oswego (Oswego State).

During my first semester at Oswego State, it was an eye-opening experience.  Living in a dorm with total strangers (many of whom are still my good friends), eating in a cafeteria versus a dining room table with my siblings, no real set schedule except for your classes and, a lot of parties!  It was the mid-80’s so changes were happening but in our little hamlet in Upstate New York things we still a bit relaxed.  I dove into my freshman studies as best as I could but each and every day there were ‘squirrel’ moments that provided a respite from studying.  Playing the card game Pitch with my floormates, flag football league, walks along Lake Ontario, long talks with my floormates from all parts of New York, and of course, partying.  I wasn’t much of a partier during high school but when I got to Oswego there were frat and sorority parties, all kinds of ‘distractions’ like I hadn’t experienced before (at least not on that level).  These distractions started to add up and little did I know how MUCH they added up!

I came home from college for Christmas break and had a good time catching up with friends.  We discussed all of our experiences at our new universities and all of the fun times we had.  Halfway thru Christmas break, I received a mailing from my college.  Inside were my first semester grades.  As I read the document, my heart sank. One… point…eight…five GPA (1.85 G-P-A). Yikes!  My parents were paying for my tuition and I knew this was not going to sit well with them (especially since at this same time my older brother and older sister were at Syracuse and Cornell Universities, respectively.)  They were both on the Dean’s list and me, Academic Probation list.  Yeeeeeaaaahhhh.

After reading over my grades my parents had a sit-down talk with me at the dinner table (aka Intervention).  They expressed their dissatisfaction with my grades and said that I had one more semester to bring them up to a respectable level or there was a lovely community college located on a hill just seven miles from our house that had my name on it (aka Harvard On The Hill).  Message given, message received.

I won’t go into all of the details of my remaining four years at Oswego State but I did put my head down, a bit, and studied.  Once I changed my major from Computer Science to Marketing (at the encouragement of my brother) that’s where I found my calling.  I had great professors who taught me a lot and great Business major friends with fun shared experiences.  I graduated four years later in 1990 with a B.S. degree in Marketing.

Fast forward 12 years from 1990 to 2002 (a lot happened during this time.  I moved to Orlando, helped co-found a sports commission, worked on a multitude of events, met and worked with a broad range of people whom I learned a ton from, and applied those learnings to my career along the way.)  Now, back to 2002, I’m in Salt Lake City working on the Olympic & Paralympic Winter Games as the Venue Transportation Manager for Olympic Medals Plaza.  On a cold, blustery day before the Games began my Nokia candy bar cell phone rings with a Syracuse area phone number.  I answered and on the line was an editor from Oswego Magazine (the quarterly magazine published by Oswego State). She said that they heard about me working on the Games and wanted to write an article about me.  “Me? (I said as I laughed) No one wants to hear about me.  Write a story about Oswego State alumni Al Roker (NBC’s Today Show) or Steve Levy (ESPN) they have more interesting stories than I sure do.”  She persisted and I told her ‘let’s speak after the Games.’

The Salt Lake City 2002 Olympic & Paralympic Winter Games were a life changer for me.  The experiences I had working there for over 18 months were amazing!  (More of these experiences will be shared in future postings). As promised the editor of the magazine contacted me after the Games and we had a good conversation.  She asked for a few photos from the Olympics & Paralympics to place in the article.  A few weeks passed and the editor contacted me again.  She said, “Derrick if it’s alright with you we would like to place the picture of you in your Olympic uniform with the Olympic cauldron behind you on the cover of the magazine.”  Me?  On the cover of my alma mater magazine?  I explained to her that it was kind of them to consider me for that but there were probably better persons they interviewed in the publication for that honor.  Plus, as I mentioned, “I was on Academic Probation at Oswego.”  She said, “Even better!”

Months later, I received a call from my mom.  She said “I spoke with your cousin who was house-sitting for a friend.  When she got their mail from the mailbox she looked at a magazine in their mail pile and saw YOU on the cover of Oswego Magazine!”  I laughed.  Even before the world of instant everything now-and-days the old school phone line revealed a secret that I was saving as a surprise to my parents.  I call that magazine cover my ‘absolution’.  Back in 1986, I let my parents down.  They knew that I had way more potential in me than a first semester 1.85 GPA.  During my remaining time at Oswego, I wasn’t posting Dean’s list academic grades but I wasn’t an embarrassment either.  I was…average.  But, as I learned, as all good parents do, they know their kids and what incentivizes and motivates them.  Four simple words were all I needed back then to get me back on the right path “Harvard-On-The-Hill”.

Lesson Learned:  Two things. First, as I mentioned in my Oswego Magazine article “The average person can achieve great things, as long as they don’t think average.” And second, be sure to thank your parents! 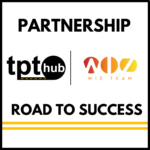